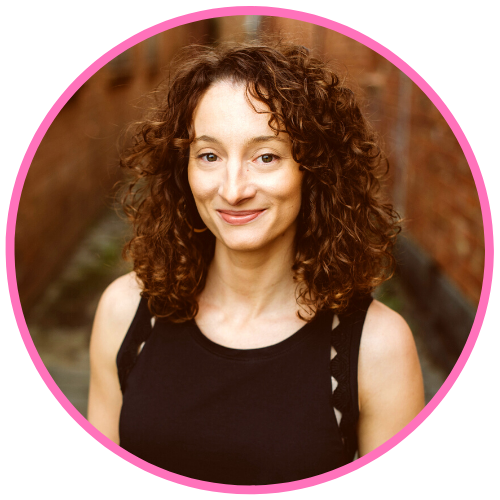 Rosa has been delivering her unique brand of theatre, performance technique and training to schools, educators, and theatre professionals since 2004, through organisations such as Drama Victoria, La Mama, Deakin University, the Victorian Association for Teachers of Italian (VATI), the Fairfax Youth Initiative and Melbourne Theatre Company.

Her teaching style and approach to performance creation is heavily influenced by her Jacques Lecoq physical theatre training with Norman Taylor at the Movement Theatre Studio, New York, as well as her studies at Venezia InScena (Venice, Italy), and under master teacher Giovanni Fusetti (Bouffon).

As founding Artistic Director of Make A Scene, she has created, directed and performed in several original touring shows, translated and adapted Goldoni’s The Servant of Two Masters, and collaborated on a magical solo adaptation of Collodi’s classic Pinocchio. Both Servant and Pinocchio have been featured on the coveted VCE Playlists for Theatre Studies and Drama, and published through Currency Press. Rosa’s innovative and Covid-responsive work on 2020’s digital learning resource, Homemade Comedy, earned her a Drama Victoria Award for Excellence in Online/Digital Delivery of Drama.

Outside of Make A Scene, Rosa has assisted on the original Tony Award-winning musical Avenue Q in New York, directed a Moliere play for Melbourne French Theatre (in French!), collaborated with Margherita Peluso on grotesque Bouffon satire Il Diavolo veste Pashmina e tu? (The Devil Wears Pashmina and You?) in Milan, and performed in Le Beatrici at La Mama (directed by Laurence Strangio).

As a valued and respected member of the profession, Rosa was elected onto the Drama Victoria Committee of Management (2017-2019) and proudly supports theatre education through this wonderful organisation.

I can say unequivocally that Rosa’s art, methodology, and passion are quite extraordinary. – Dr William R. Naugle, University of Oregon, USA 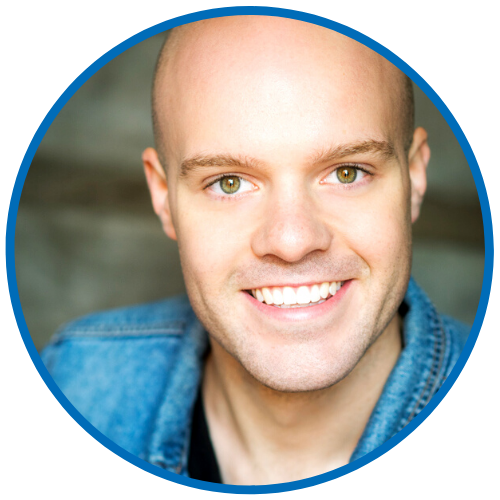 Mason is an internationally in-demand actor, puppeteer, theatre-maker and producer.

He has performed in Japan in The Wizarding World of Harry Potter (Universal Studios Osaka), and The Shape of Things and Peter and the Starcatcher (Flamingos The Arusha Osaka); toured Australia with The Wind in the Willows (The Australian Shakespeare Company), Messenger Dogs: Tales of WWI and The Rocky Horror Show; and created and performed locally in Ungraceful: An Embarrassing Sketch Comedy, Act A Lady (La Mama), The Lion’s Bride (Innatum Theatre), and Fireflies (The Indirect Object).

He is also a multi-talented screen and voiceover actor, having worked with companies as diverse as ABC, Coles Group, Woolworths, Ovenden Lodge Publications, OTTO/Dougal Digital and Lochlando Pictures.

Joining the company in 2018, Mason has played (and/or puppeteered!) Arlecchino, Il Dottore, Il Capitano, Isabella, and La Strega in Venice in Love and Fooling in Love, and in 2020 added another role – Make A Scene’s Creative Producer – to his long CV!

Mason has been a proud member of MEAA Equity since 2015.

Gasowski’s characterisation was not only hilarious, but three-dimensional; and proved himself to be brilliant and charismatic. – Theatre People 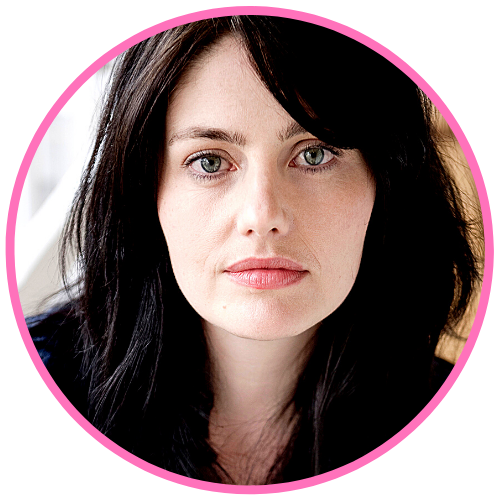 Since graduating from the Victorian College of the Arts in 2006, Sharon has worked extensively as an actor, director, producer, voiceover artist and industry advocate in Melbourne and around Australia.

On screen, she has appeared in How to Stay Married, It’s A Date, Neighbours, and Killing Time, and the recently released short film Dying For a Laugh.

She made her directorial debut in 2017 for Lab Kelpie’s production of Spencer, and has worked as co-creator and producer for Melbourne independent theatre company 5pound theatre as part of their 5pounds of Repertory Theatre season, and developed a new work exploring the characters and tales of Nick Cave’s famous Murder Ballads album.

Sharon has extensive experience and knowledge in both the arts and business sector, and is currently Literary Manager at Australian new writing theatre company, Lab Kelpie.

Sharon has been a proud member of Equity since 2002 and has been working actively with the union to help support and advocate for the rights of working artists in Australia.

Davis digs deeply into the emotion of the piece. She’s as compelling playing wry sense of humour as she is with the character’s rawness and vulnerability. – Keith Gow 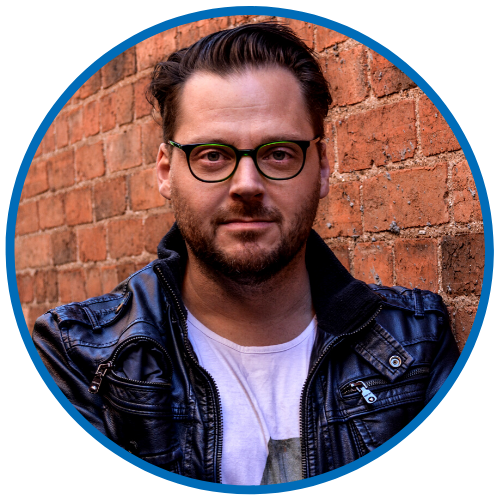 Lyall is an award-winning actor, theatre director and teaching artist with over two decades experience, and is the founding Artistic Director of Australian new writing theatre company, Lab Kelpie.

His professional theatre credits include North by Northwest (Arts Centre Melbourne), Savages (fortyfivedownstairs), Penelope and The Pride (Red Stitch), The Heretic (Melbourne Theatre Company), Sunday In the Park with George (Victorian Opera), and Broken and the national tours of Spencer and A Prudent Man for Lab Kelpie. He has received four Green Room nominations across mainstage, independent and music theatre.

Screen appearances include The Very Excellent Mr Dundee, The Leftovers and A Picnic at Hanging Rock. As an in-demand character voice over artist he has starred in international animations SheZow, Kuu-Kuu Harajuku, Flea-Bitten! and the Emmy-nominated Get Ace.

Lyall has directed Become The One by Adam Fawcett, Refined by Katy Warner and Alone Outside by Liz Newell. He has assisted on Patricia Cornelius’s Big Heart (as 2017 Theatre Works Associate Artist), Petra Kalive’s Oil Babies and Douglas Rintoul’s Elegy, and will assistant direct The Heartbreak Choir under Peter Houghton at Melbourne Theatre Company in 2022.

A teaching artist and creative consultant with Make A Scene since 2010, Lyall has contributed to Venice in Love, The Servant of Two Masters, Fooling in Love, and many school holiday programs. He has been a resident performing artist for the Victorian Creative Workers in Schools initiative, and works as a teaching artist and creative leadership mentor for LGBTIQ+ youth in Portland, Victoria.

Brooks is an astonishingly versatile artist who seems able to do everything from Shakespeare to Sondheim to cartoon voiceovers. He impresses in everything he does. – Stage Whispers 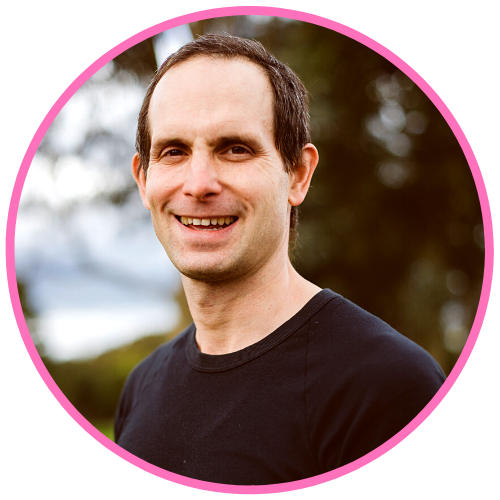 Christian is a professional theatre-maker, performer and puppeteer who has collaborated with Make A Scene since 2013. He has co-devised and performed in many of the company’s popular touring shows, and made his directorial debut with 2019’s Pinocchio.

A graduate of the John Bolton Theatre School, he has trained extensively in clowning, improvisation, melodrama, Bouffon, mask and Commedia dell’Arte.

He has devised and performed in several solo shows including The Beginning and End of Fin Begin, Tears of the White Rhino, and Bernie and his Amazing Unicorn, as well as working with many of Melbourne’s most respected independent theatre companies including Polyglot, Bunk Puppets, Spindly Figures, Lemony S, Black Hole Theatre, Short Attention Span, Inaugural Annual Dance Affair and Company 13.

Recently Christian worked as a puppeteer on Sleeping Beauty with Opera Victoria and Peter and The Wolf with the Melbourne Symphony Orchestra.

Christian Bagin heads the cast with an arsenal of buffoonery, stylised gesture, meta-theatrical ploys and outright panto. – The Age 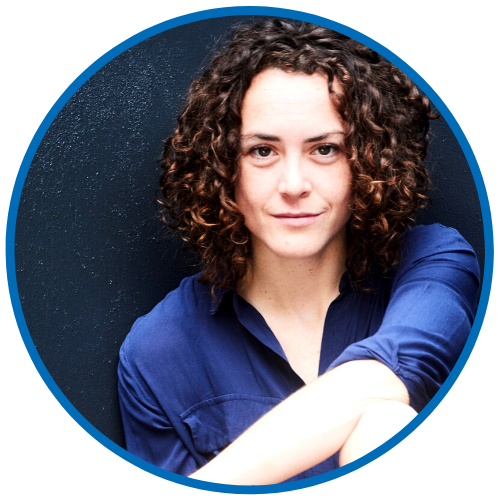 A graduate of the VCA, Freya is a Melbourne-based actor and theatre-maker whose artistic practice expands and evolves along with her curiosity and exploration – the commonalities being: a highly physical expression; darkness, absurdity, play and silliness; interest in puppetry; and engagement with young people.

Freya first joined Make A Scene in 2016, playing Clarice in The Servant of Two Masters, and now performs in both Venice in Love and Pinocchio.

Other theatre credits include What Lies Beneath and Dino Park for acclaimed children’s puppet theatre company Earth, the sellout 26-Storey Treehouse series of national tours for CDP, the national tour of It’s My Party (And I’ll Die If I Want To) for HIT Productions, Mara Korper for Theatre Works, The Bacchae for La Mama, The Doll for POPOMOCO and Midsumma, and Forgotten Places for Citizen Theatre. She has also appeared on ABC TV’s Dangerous Remedy.

In 2017, Freya was a resident artist at Frystiklefinn Theatre in Snæfellsnes, Iceland, performing in Purgatorio (Attic Erratic / 5pound), Gestir, and collaborating with local artists. She now works regularly with Melbourne’s Motley Bauhaus art space and is a proud member of MEAA.

For the third time in a row I have been impressed by the complexity of subtext Freya Pragt is able to bring to her work. – Stage Whispers 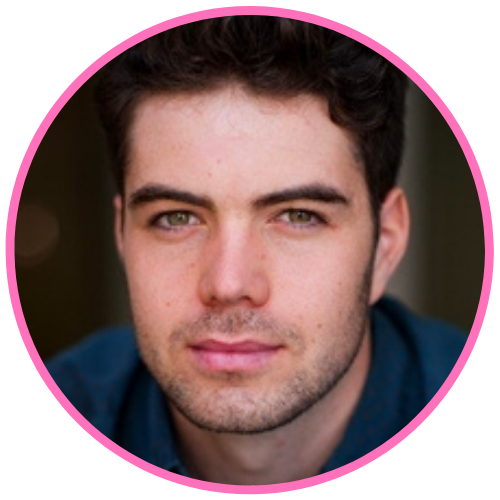 At home in the circus as much as the theatre, Jasper is a graduate of the National Institute of Circus Arts in Melbourne, holds a Bachelor of Fine Arts (Acting) from QUT in Brisbane, and has recently completed two years training at the Ecole Philippe Gaulier!

Jasper has worked with Make A Scene since May 2016, performing in Venice in Love and The Servant of Two Masters, collaborating on Fooling in Love, and co-devising and performing in the smash hit solo show, Pinocchio.

His extensive work across theatre, television and comedy include ABC’s The Doctor Blake Mysteries, the sell-out Completely Improvised Potter at the Melbourne International Comedy Festival, and performing with several improv and comedy groups (including on a completely improvised musical!). 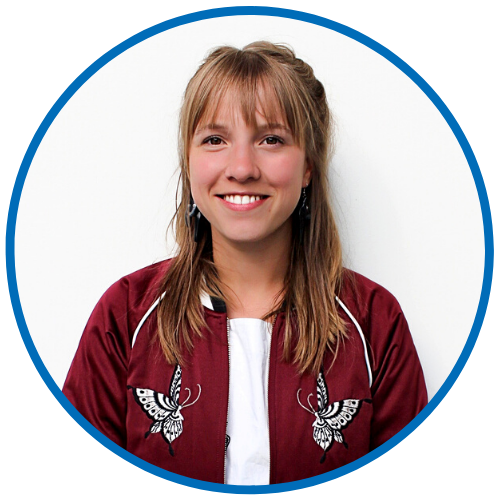 Eloise is a Melbourne-based designer, graduating with a Masters of Design for Performance from the VCA. She has a keen interest in creating spaces that respond to and interact with the site, the performer and the spectator.

She has collaborated with Make A Scene on The Servant of Two Masters, Fooling in Love and Pinocchio.

Kent’s design is a wonder and the puppet booth is a gift which keeps on giving. It is like a Sarah Lee dessert with “layer upon layer” of secrets to be revealed. – Samsara Dunston