The Servant of Two Masters

Translated and adapted by Rosa Campagnaro

We have a hit show! Sorry you missed it? Stay tuned – we’ll be back! Sign Up to our Mailing List to find out first when The Servant of Two Masters returns.

Purchase a copy via Currency Press

The Servant of Two Masters (Preview) from Rosa Campagnaro on Vimeo.

A hungry servant bites off more than he can chew when he agrees to serve two masters at the same time! Watch this calamitous comedy unfold as he skids and schemes his way through multiple beatings, mistaken identity, and love gone awry on the streets of decadent Venice.

Warning: Some naughty bits like sexual references and adult themes

2. Click below to preview our video documenting the initial development workshops for The Servant of Two Masters including interviews with the actors discussing their process. You can purchase the full 23 minute documentary for $22 via Vimeo On Demand.

The Servant of Two Masters – Development Documentary (Jan 2016) from Rosa Campagnaro on Vimeo.

3. Book a post-show forum with the director and an actor from the show. We come to you! 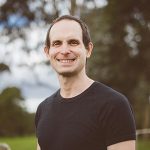 Christian has been working with Make A Scene since the beginning of 2013. Christian loves performing in Make a Scene’s Commedia del Arte shows, because not only are they playful, interactive and fun, but he is also (slowly) learning Italian!

Christian’s physical theatre training includes; The John Bolton Theatre School and studying with Clown Master Philippe Gaulier. Christian is an improviser, clown, and puppeteer and has co-devised many of the productions in which he has performed, working with several independent theatre companies including Make A Scene, Company13, Spindly Figures, Lemony S, Black Hole Theatre, and Short Attention Span. He has also been a regular member of Polyglot Theatre for over a decade. Most recently Christian collaborated with Rosa Campagnaro to create, Venice in Love which has been touring Victorian and South Australian schools. 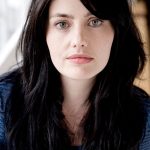 Sharon began her acting career in her hometown of Newcastle working for various local companies including the Theatre in Education company Freewheels Theatre. She then trained at the prestigious Victorian College of the Arts and has worked extensively in the industry since completing her training in 2006.

Since 2013, Sharon has been a company member of 5pound theatre, creating and producing independent theatre in Melbourne.

Sharon has been a proud member of Equity since 2002. 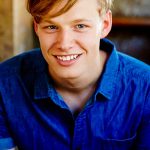 Roby is a Victorian College of the Arts, Stage School Australia and Judy Banks School of Television and Dramatic Art alumnus. His screen credits include City Homicide, This Little Piggy, No Privacy In Public, and countless short films and music videos. In 2009 he accepted a community theatre award for his original play Hijacked Murder and a VIT State Prize for his mockumentary short What Makes A Great Teacher?. In 2014, Roby co-devised and starred in ENUF – Plus Sign Attached as part of the International AIDS Conference and sci-fi comedy Notes From Zombieland (Melbourne Fringe), which toured regionally. In 2015 Roby received critical praise as Todd in the Australian premiere of Rolin Jones’ The Intelligent Design of Jenny Chow and recently featured in La Mama Theatre’s The Girlie Show. Roby currently teaches Drama and co-produces the web series Purgastory. 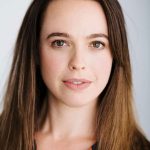 Lelda completed a Bachelor of Arts in Music Theatre at the Western Australian Academy of Performing Arts. After graduating, Lelda played Lisa Houseman in the world premiere of Dirty Dancing, earning her a Green Room Award nomination.

Other stage credits include; Cats (Really Useful company), Camelot (Production Company), Romeo and Juliet (Essential Theatre), 5pounds of Repertory Theatre series (5pound theatre), Spike Heels (Q44 Theatre Company) and Venice in Love (Make A Scene). She is an experienced voice over artist, regularly recording radio and television commercials and had the thrill of working on the animated film Legend of the Guardian.

Film/TV credits include; LateNite film’s award winning Flash, To the Heavens and Time Trap, web series Sort Your S**t Out, and independent feature film I am Evangeline.

Lelda is a member of the Improv Conspiracy and regularly performs with the company. 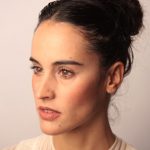 Irene del Pilar is a Madrid-born and raised, theatre-maker, dancer and actress.

Irene studied acting and directing at the Chekhov Chambre Theatre of Ángel Gutiérrez in Madrid. As a dancer, she has studied dance with a particular interest the Rudolf Von Laban technique.

Irene has been part of Directors Lab 2015 organised by Theatre Works, and a presenter at the Drama Victoria state Conference on Rudolf von Laban Technique. 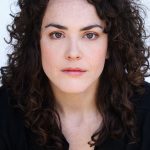 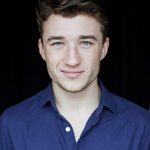 Darcy Kent is a graduate of 16th Street Actors Studio, and is the inaugural recipient of The Lindis Krejus Scholarship from The Pegasus Foundation, with which he studied at Shakespeare & Co. in Massachusetts, USA.

Darcy can be seen in the music video Georgia by Australian musician Vance Joy and appeared recently on stage as Orlando in As You Like It for Arden Productions and Melbourne Fringe. He appeared in the lead role of Will in the RE Ross Trust award winning play Vile at La Mama theatre, and on Channel 10’s Offspring. Darcy starred in a number of short films, most notably Baby Boy with Mullane Brothers productions and Mama’s Gun, as well as in a production of The Libertine by Stephen Jeffreys as part of the 16th Street lab series.