Campagnaro has brought this period costume classic into a theatrical world that’s swift, dynamic and larger-than-life.

A hungry servant bites off more than he can chew when he agrees to serve two masters at the same time! Watch this calamitous comedy unfold as he skids and schemes his way through multiple beatings, mistaken identity, and love gone awry on the elite streets of Venice. 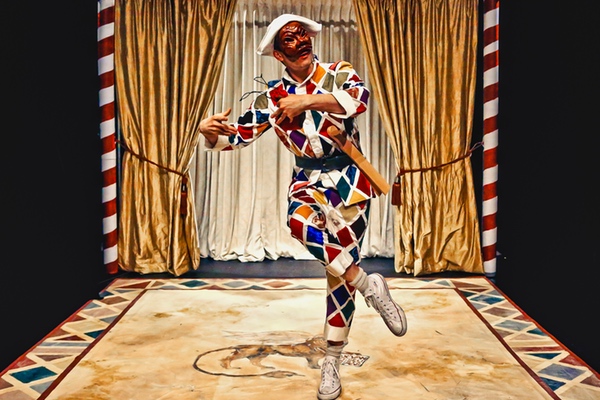 Playscript: $23.99 inc. GST
To purchase an ebook or hard copy of the playscript for this adaptation, visit Currency Press.

The Servant Of Two Masters contains mature themes.
Make A Scene recommends it for mature students.